A trip to Montefeltro: what to see and do

Take a leap into the midst of Italy’s central Apennines bordering on the Marches, Romagna and Tuscany. Welcome to Montefeltro - an area just waiting to be discovered!

They say that you can’t miss Montefeltro. So to visit it you need to go there on purpose and plan a trip or an entire vacation.

Montefeltro is a strip of land found in Italy’s central Apennines. It’s north of the Marches, between Romagna and Tuscany. It’s a land rich in traditions, which revolve around a single throbbing heart, Urbino, but which presents lots of small towns that are worth discovering!

Today we want to make you visit Montefeltro, so you can understand what to see and do, in this part of Italy.

Hamlets to see in Montefeltro

Our journey through Montefeltro starts with its hamlets, of which Urbino is the sparkling jewel. Former capital of the Duchy of Montefeltro, the small city boasts beautiful churches, convents and the monumental Palazzo Ducale, home to the Galleria Nazionale d’Arte delle Marche.

Urbino was transformed into a key cultural city by Federico da Montefeltro in the 1400s. He ordered the building of palaces and monuments that we can still admire today. Don’t forget that Italian painter, Raffaello, was born in Urbino. Before leaving, stop by his house.

Near Urbino you’ll find the hamlet of Sassocorvaro.

To get there just cross the Valle del Foglia (about 30 km). Sassocorvaro is centered around the fortress of Rocca Ubaldinesca, which houses a picture gallery and the Museo della Civiltà Contadina. So what makes the fortress so special? Firstly, its turtle shape! Secondly, its pivotal role in World War II.  Pasquale Rotondi hid Italian art from the Nazis inside the fortress’s walls, including some masterpieces by Piero della Francesca, Caravaggio, Raffaello, Giorgione and Mantegna.

After Sassocorvaro head to Lunano -  11 kilometers from Sassocorvaro – where you can enjoy the unspoilt nature of Monte della Croce’s chestnut grove and three natural pools. At Lunano you can also visit the ruins of Castello degli Ubaldini and the Franciscan convent, Monte Illuminato, where they say Saint Francis of Assisi worked a miracle.

In just a few minutes by car you’ll reach Piandimeleto, another hamlet nestled in the hills and dominated by an imposing castle. We suggest a stop at the Museo del Fungo (Mushroom Museum)!

The next place on our tour of Montefeltro is Frontino – 5 kilometers from Piandimeleto. Don’t miss the Convento di Montefiorentino with its splendid 15th century Cappella dei Conti Oliva. Strolling through the alleys and streets you’ll come across the ancient mill of Ponte Vecchio which dates back to the 1300s. It once supplied the inhabitants of Frontino with flour and bread.

After Frontino, head to the wild landscape of Massa Trabaria, an area dominated by the Parco Nazionale del Sasso Simone e Simoncello. Take lots of pictures and then continue on to Carpegna. Carpegna is known locally for a mysterious event: the sound of ghostly bells! Legend has it that in 1970 three of the four church bells of Chiesa di San Nicolò started ringing on their own -  without moving! The mysterious happening lasted 40 days.

In Carpegna you can admire an ancient profession handed down through generations: print blocking. This time-honored craft uses hand-carved wooden blocks to make textile prints with a simple solution of wine vinegar, flour and rusted iron.

Hop back in your car and drive about 11 kilometers: you’ll reach Macerata Feltria, famous for the Palazzo del Podestà, one of the many fortresses that Federico da Montefeltro lost to his rival, Sigismondo Malatesta.

Finally, we suggest a stroll in Urbania – 30 kilometers from Macerata Feltria. Surrounded by lush nature, Urbania owes its name to Pope Urban VIII and brims with art and history. Definitely pay a visit to the Chiesa dei Morti, also known as the Cimitero delle Mummie (Cemetery of Mummies). Here, behind the main altar, you’ll find the bodies of 18 naturally mummified people, their corpses preserved by a local species of mold.

If you’re planning a trip to Montefeltro and love history, schedule time to visit at least one of these three fortresses!

Let’s start with Rocca di San Leo, in the province of Rimini. This fortress had its golden age during the IV century under the reign of the Malatestas. In 1441 it was conquered by the rival Montefeltro family under young Federico, and in 1631 it became a prison.

Today you can visit the fortress and admire its display of sorcery and magic instruments dedicated to Count Cagliostro (Giuseppe Balsamo), a young adventurer-swindler who spent his final five years of life here. The fortress is only 5 minutes on foot from the center of San Leo along an uphill trail. The view of the surrounding valley is spectacular, stretching as far as Rimini and Urbino.

Next, head to Rocca di Gradara. This castle hosted many important families in the past, including the Malatestas, the Sforzas, the Borgias and the Della Roveres. It was also the theatrical setting for several important events, above all, the tragic love story between Paolo and Francesca in Dante’s Inferno.

Gradara’s fortress is one of the best preserved in all of Italy. The guided tour passes through a pretty courtyard overlooking the main tower and torture room, and then proceeds to the upper rooms, including the passion room, Lucrezia Borgia’s suite, audience hall, and Francesca’s bedroom. After visiting the fortress, take a walk on top of the castle walls and enjoy the lovely panorama.

Finally, we also recommend a tour of Rocca Ubaldinesca in Sassocorvaro. The fortress was built by architect Francesco di Giorgio Martini. The elegant honorary courtyard looks over the loggia, ground floor and upper floor rooms. Inside, you’ll find the main hall and spectacular theatre, the highlight of the fortress.

During the tour you’ll be able to truly appreciate Rocca Ubaldinesca’s turtle-shaped structure. Designed by Count Ottaviano degli Ubaldini, the alchemic symbol has several meanings. Its compact and defensive shape calls to mind the philosopher’s stone, while the turtle’s slow pace alludes to an alchemist’s much-needed patience. The animal’s dual nature – of the sea and earth – is an expression of the power of water and land.

The first is Monte Grimano Terme with its view of Valle del Conca. This town is one of Italy’s loveliest, and boasts an elegant castle which was the setting of numerous battles between the Montefeltros of Urbino and the Malatesta family from Rimini. 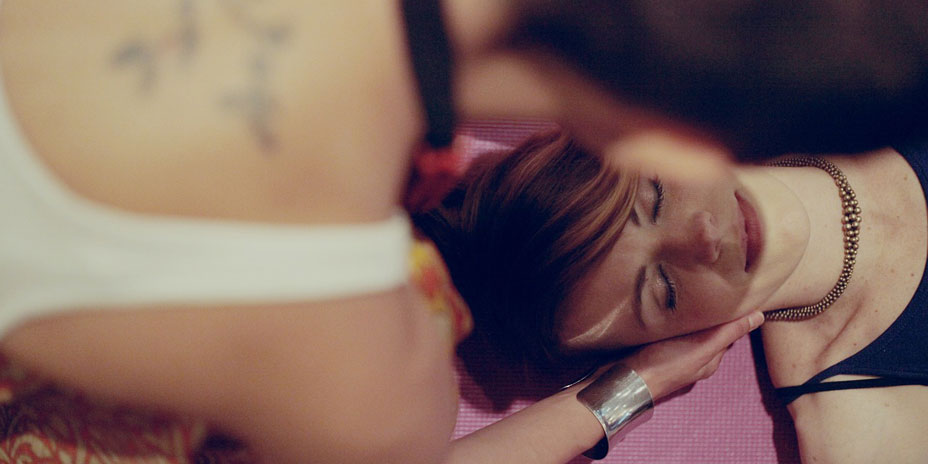 But Monte Grimano Terme is also famous for its thermal waters, which can be fully enjoyed at its spa - the perfect occasion to renew both body and spirit.

Our other suggestion is Macerata Feltria. In this hamlet you’ll find the Pitinum Thermae Spa, a modern wellness retreat with natural waters from Certalto and Apsa. Here you can indulge in sulphur baths and other treatments at the beauty center.

Are sports a focus of your vacation? There are plenty of options in Montefeltro!

In the winter, Montefeltro is a great place for skiing. From Rimini and Pesaro you can reach Eremo or Villagrande in just one hour by car. Eremo’s slopes can be skied by day or at night thanks to the ski resort’s modern lighting system. Villagrande is perfect for families because of its gentle slopes suitable for kids.

If you enjoy biking, wait for spring and go on a tour of Val Conca and Monte della Faggiola. Another unforgettable destination on two-wheels is Val Foglia to Carpegna. Italian cyclist, Marco Pantani, trained in this area. If you want to follow his route go from Val Marecchia towards Villagrande. 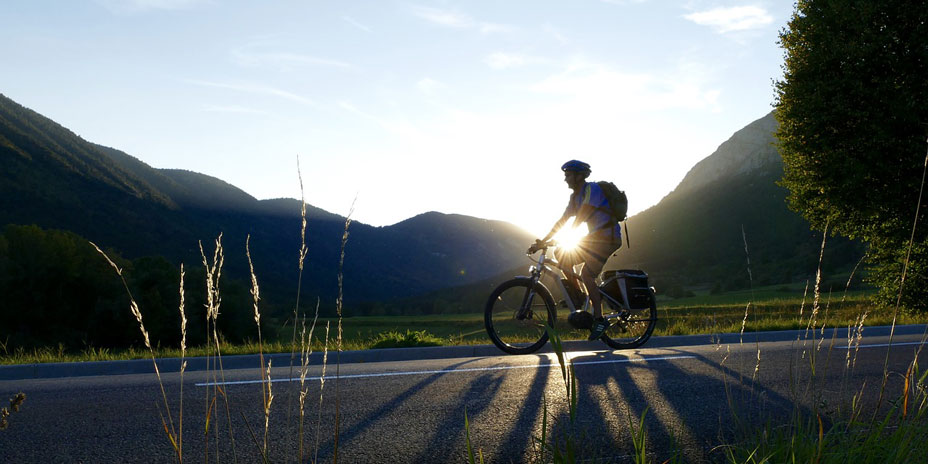 If you prefer mountain biking, try the trails from Carpegna to Sasso Simone, or from Carpegna into the surrounding mountains. In Montefeltro there’s also horse riding, and plenty of stables to choose from!

Montefeltro’s wines have recently won several national accolades. A secret for centuries, its local reds such as Valturio and Solco are now sought around the country. While in Montefeltro, try the typical liqueur distilled from sour cherries, Visner. A digestive, it’s often served after dinner in our farmhouse restaurants! 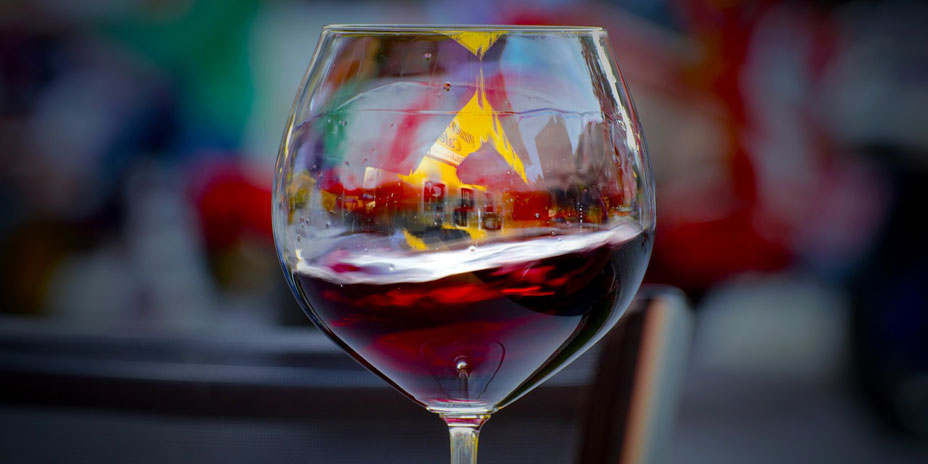 Hamlets in Montefeltro each have their own specialties. For example, in Frontino beans are famous, in Belforte there’s honey, and in Lunano the chestnuts are divine. Truffles can be found just about everywhere, but above all in Macerata Feltria and Sassocorvaro. Like cheese? Don’t forget to try the local ones made in Urbino.

To end your meal, try the typical dessert, bustrengo. Made from stale bread, fruit and other ingredients, it was often prepared by peasants in winter.

Events and feasts in Montefeltro

Let’s talk about the most important events in Montefeltro.

And what about events? In February there are many local festivities celebrating Carnevale, including a special feast in Baghnara and another in Macerata Feltria.

Fans of craft beer will enjoy the Festa della Birra in July in Pietrarubbia, while in Montecopiolo there’s the Festa Contadina (Farmers’ Festival), where visitors can enjoy the horse parades, a farm tool exhibition and other fun activities.

And in August? Get ready for lots of annual events: the Trionfo del Tartufo Nero in Frontino scheduled for the first weekend in August; the Sagra della Buona Carne del Montefeltro during the second weekend in August in Montegrimano Terme; the Culmine delle Meteore held on August 12th at the Osservatorio Astronomico di Monte San Lorenzo in Montegrimano Terme; and the Festa della Tagliata Marchigiana on August 15th in Auditore.

In September, head to Frontino for the Sagra del Fagiolo Borlotto. Held in the Complesso Monumentale di Montefiorentino, it celebrates a humble, simple product: beans! You’ll be amazed by the many ways beans can be prepared and the skills of local cooks.

In October, in the town of San Sisto di Piandimeleto in the heart of the Montefeltro, you can take part in the Festa del Fungo (Mushroom Festival). Excursions, conferences, exhibitions and dinners all revolve around the delectable ingredient, and you can also visit the Museo del Fungo where over 200 examples of local mushrooms are on display.

And in December? Montefeltro hosts a series of lovely Christmas markets, especially the one in Sant'Agata Feltria!

An Easter to Savor: 4 Ideas for a Delectable Trip