Holidays in the Amalfi Coast and Capri

One of the most beautiful and famous panoramic roads in the world is certainly the Amalfi Coast. Unfolding along the Gulf of Salerno up to Capri, it offers spectacular views of the sea and mountains, colorful homes perched on cliffs and an endless blue sky.

To the right is land, to the left is the sea. Our itinerary along the Amalfi Coast begins at Vietri sul Mare and reaches Amalfi, then heads to Furore and a trekking trail that ascends 400 meters above sea level from Agerola to Positano. Final destination: the enchanting island of Capri!

This tour has been designed to unite the charm of the sea with lesser-known inland spots where you can admire the panorama from a unique viewpoint. A slow-paced and relaxing excursion, it allows plenty of time to stop and sunbathe on the beach or savor the flavors of Amalfi under the shade of its lemon trees.

Day 1 – The Amalfi Coast, from the beginning

Vietri sul Mare is where the long, winding and very panoramic Amalfi Coast road begins. Dug into the cliffs, it was built in the 1800s with the intent of connecting all the towns scattered along the coast up to Sorrento. From that moment, it became a destination of great allure for tourists and artists who fell in love with the beauty of its sweeping sea views, deep ravines, bold colors and fragrant scents.

Like the majority of towns along the coast, Vietri sul Mare is a small village of a few thousand inhabitants set atop cliffs that plunge into the sea. It's well-known for the production of artistic ceramics, and you can get a behind-the-scenes look at the intricate detail which goes into this ancient trade by visiting the Solimene ceramics factory. Designed by architect Paolo Soleri, it extends along a ridge and is built out of alternating clay and ceramic pillars with large triangular windows that recall the craftsmanship of the 1400s.

Stop to admire the majolica-tiled dome of the Church of San Giovanni Battista. It has a tall bell tower and inside there is a single nave in Neapolitan Renaissance style. Before leaving Vietri sul Mare, we suggest visiting the grottoes of San Cesareo. They can be reached by following a trail that begins at Dragonea (a section of Vietri). The approximately 30-minute walk takes you to the network of grottoes where peculiar geological formations have been formed over time by water erosion. In one of them you’ll find the ruins of a small ancient church where a saint once lived.

Continuing along the coast, past terraced vineyards, olive groves and the marvelous scents of citrus trees, you’ll reach Cetara, an ancient hamlet of fishermen and sailors. Just beyond, you’ll come to the romantic town of Erchie with its picturesque little beach on the bright blue sea.

Despite its unusual name, the beach Cavallo Morto (Dead Horse) shouldn’t be missed. It’s the first stretch of beach after a long succession of jagged coastline, and can be reached from the sea by private boat (we suggest going in the afternoon when the sun is high). A dive into the water amongst the large masses of rock and then… off to the next stop! 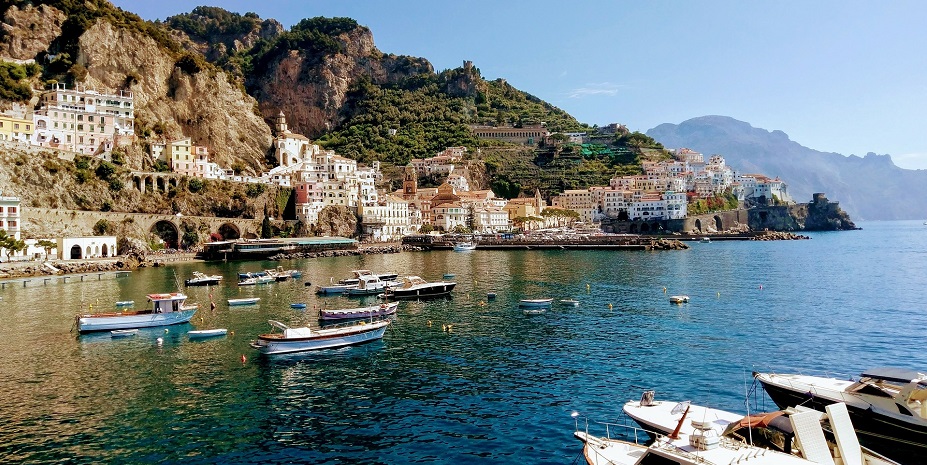 Before reaching Amalfi, stop at Maiori and Minori, two towns located at the mouth of the same stream - the Reginna. The effort of walking up 180 steps from Maiori to Collegiata di Santa Maria al Mare on Mount Torina will be rewarded by the fantastic view of the coast’s longest beach and infinite azure sea. The church, with its ancient coffered ceiling, pays homage to a statue found on the beach in 1204. The Museum of Sacred Art located in the crypt hosts precious sanctuary finds. Maiori was chosen as the film set for some movies directed by Rossellini.

The undisputed main attraction of the coast remains Amalfi. Founded by the Romans, it was once a bustling center of trade and one of the four Marine Republics in Italy. Although it has attracted many tourists over the years, Amalfi has kept its uniqueness intact. Picture-perfect homes painted in pastel colors, charming narrow streets, terraces overlooking the brilliant blue sea … you’ll want to photograph every angle!

The Basilica, with its striking entrance, is located at the top of a staircase overlooking the main piazza. Dedicated to Saint Andrew, it unites two ancient churches with three naves. Nearby, one of the most historic cafes in Amalfi tempts the traveler with homemade confections like amalfitani (cookies made with lemon rind), ricotta and chocolate desserts, zeppole of San Giuseppe, andmany other tantalizing treats displayed in the shop window.

Day 2 – Trekking along a unique coast

The Amalfi Coast boasts a plethora of trails where you can spend the day trekking and enjoying nature. For an unforgettable hike, the trail to Furore fjord is the perfect place to start. The inlet in the golden cliffs can be reached from the high bridge up on the road. Follow the path down to the tiny picturesque beach. If you leave early in the morning you can take a dip in the refreshing sea before anyone else arrives!

From there the road continues uphill to the Agerola plateau at 650 meters above sea level. Here they make the best mozzarella in the area - perfect for a picnic outdoors! Expect to see meadows and homes dotting the landscape, and dress for mild temperatures. It’s best to leave behind your bathing suit and put on a pair of comfortable walking shoes.

The Sentiero degli Dei (Path of the Gods) satisfies all expectations: it’s a spectacular trail that starts from Bomerano and winds through the hills of Agerola. Just under 7 kilometers in length, it arrives at a gorgeous landscape with Mediterranean scrub, arbutus and holm oak trees, heather and herbs whose heavenly scent will restore your energy as you take in the panoramic view.

Approximately 8 kilometers and about 3 hours of walking time will take you through the valley of Grarelle to Nocelle. From there you can take a bus to Arienzo or, if you aren’t tuckered out yet, continue down the 1,500 steps straight to the sea. To reach the beach there are another 300 steps. Elegant Positano, with its sandy shore embraced by the Marina Grande cliffs, is just one kilometer from Arienzo

Day 3 – The Unmistakable Charm of Capri

In the final stretch of the Amalfi Coast from Positano to Punta Campanella, and even beyond to Sorrento, there are pretty beaches to explore and delightful restaurants overlooking the sea. Don’t pass through without sampling some local culinary specialties, from simple spaghetti with fresh tomato sauce to delicious stuffed squid.

Leave your car behind and jump on the ferries departing from Naples and Sorrento to the paradise of Capri (in summer boats also depart from Positano, Salerno, and Ischia). Loved by Caesar Augustus and Thomas Mann, this is one of Italy’s most beautiful islands, where every view is picture-perfect. Visit the square of Umberto I where you can sip coffee while enjoying a slice of Caprese chocolate cake - a typical dessert made with almonds and bittersweet chocolate.

A 45-minute stroll uphill takes you to Villa Jovis, the imperial estate with 12 residences built by Tiberius. It’s a testament to royal life in the first century AD when the emperor moved to Capri with his court. Extending over 7,000 square meters, it dominates the entire promontory of Monte Tiberio.

Starting from the square you can also stroll to Giardini di Augusto (Augustus’ Garden) and along Via Krupp, a winding but easy path that heads towards the sea and Marina Piccola. The panoramic road was built by steel entrepreneur and marine biology enthusiast, Krupp, so he could easily reach his suite after disembarking at the pier.

Next, hop on a boat to the Faraglioni di Capri where you will be awed by the astounding size of these natural rock formations. Finally, don’t leave the island without seeing the magnificent Grotta Azzurra on the northwest side of Capri. Reachable only by small rowboat, the grotto’s incredible blue color comes from the play of light on the water and will remain forever etched in your mind. 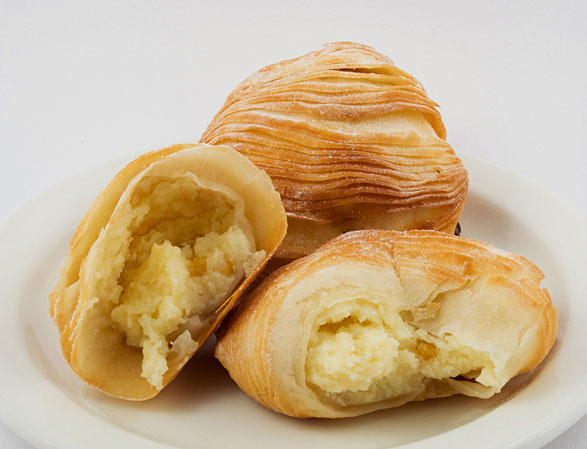 What to eat in Amalfi Coast: local bites in Campania 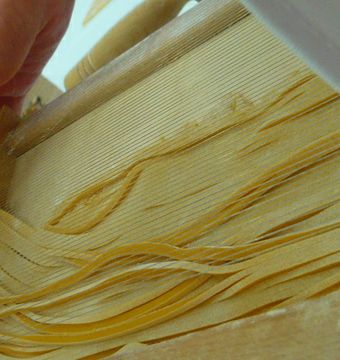 An Easter to Savor: 4 Ideas for a Delectable Trip 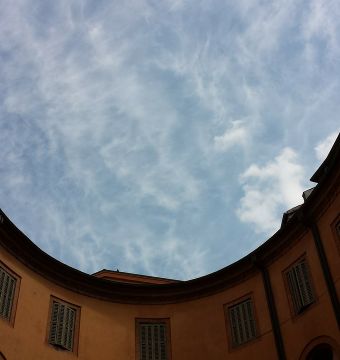 From Ferrara to the Po Delta