Pomarance and Val di Cecina: what to do, what to see

A unique place for its landscapes, nature reserves and geothermal phenomena. Today we are going to discover all the charm of Val di Cecina and its villages.

There are several ways to appreciate the charm of Val di Cecina, its landscapes and villages that peep out from its hills. One of these is to ride it by bike, taking advantage of the different cycling routes that wind through the valleys.

Starting from Pomarance, you can take a long route (over 50 km) through the villages of Libbiano, Micciano and among the woods of the Nature Reserve of Monterufoli-Caselli. Along the way, you will also have the opportunity to go along "the itinerary of villages and castles", which will give you the opportunity to visit two other small towns of great charm: Lustignano and Serrazzano.

Or you can decide to take the road from Pomarance to Montegemoli, which offers splendid views of the village of Micciano and Libbiano, as well as Volterra in the distance.

Another very interesting route is the one that from Pomarance goes towards the river Cecina, crossing panoramic viewpoints of the valley, with views of Volterra and Montecatini Val di Cecina.

A tour among the Nature Reserves

If you are a nature lover, the territory of Pomarance and Val di Cecina offers very suggestive routes to immerse yourself in the lush woods of these lands. The Monterufoli-Caselli Forest Nature Reserve is the largest natural area in the whole of Tuscany. 4828 hectares of woods of considerable landscape importance, due to their state of conservation and great biodiversity.

There are numerous marked trails to discover this area. From the Villa di Monterufoli, a historic building located in the center of the reserve, start, for example, several paths to do on foot, by bike or even on horseback.

In Alta Val di Cecina, between Pomarance and Volterra, there is the Berignone Forest Nature Reserve. Over two thousand hectares of woods and a rich wildlife, including porcupines, badgers, beech martens and hares, characterize this area. 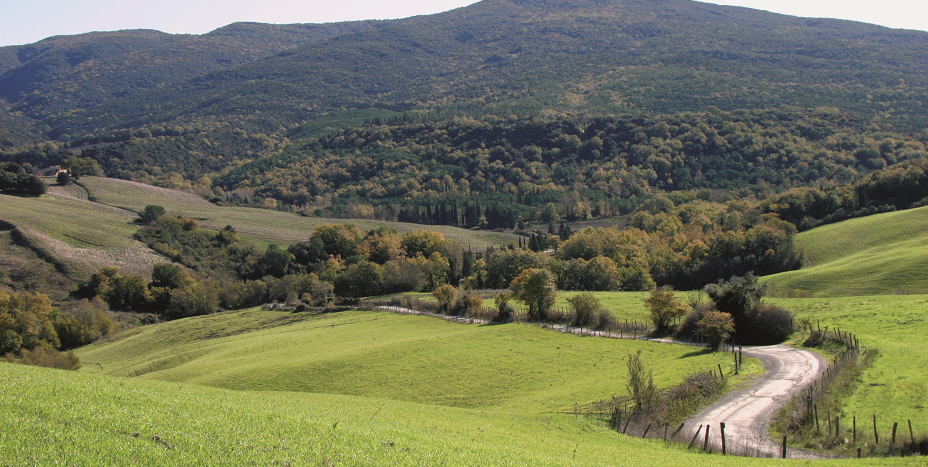 Right among these hills man has found refuge since ancient times. Today you can still admire the ruins of two medieval fortresses: the Castle of the Bishops and the Castle of Luppiano.

The paths to enter this fantastic ecosystem are well signposted, allowing you to learn about the history and life of the reserve thanks to educational panels scattered along the streets!

Pomarance and the villages of the valley

A trip to Val di Cecina can only include a stop in one of its most interesting villages: Pomarance.

The itinerary to admire this ancient citadel starts from Porta delle Pieve. From here you can reach the heart of the medieval town, Piazza Cavour.

The parish church and the paintings by Cristofano Roncalli and Nicolò Cercignani preserved inside are worth a visit. We then continue along via Roncalli and its historical buildings, among which Casa Bicocchi stands out: a 19th century residence transformed today into a house-museum. 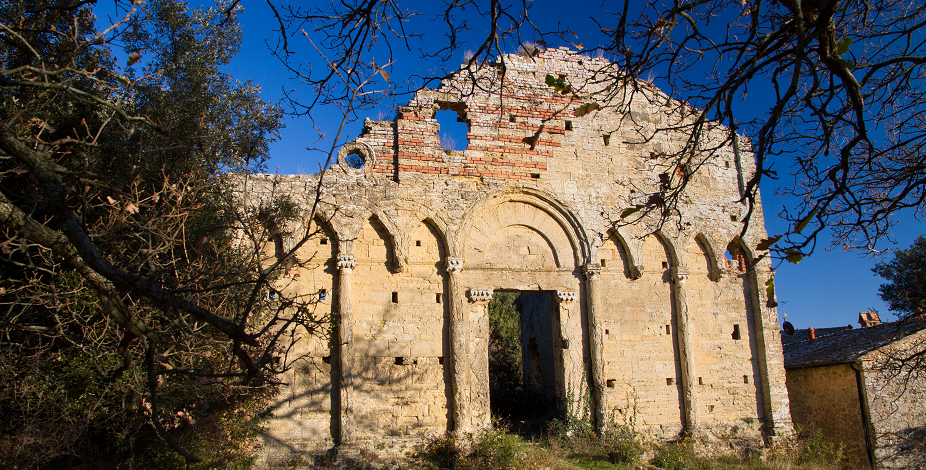 Then head towards Palazzo Ricci, an important institution of Pomarance that houses the Warriors Museum. Here are preserved very interesting artistic and archaeological evidence found in the area. Among these, the monumental Stele with warrior of the sixth century BC, as well as votive bronzes and statuettes of Roman times.

The villages to visit

After walking along the romantic streets of Pomarance, it is time to set off to discover the other villages scattered along the Val di Cecina, all of great charm and charm.

San Dalmazio. The first stop is here, also to give the view a unique panorama. To do so, we reach the Rocca Sillana, which overlooks the picturesque village of San Dalmazio. A 12th century fortification from which we can admire all the beauty of the Pavone Valley and the geothermal area, as well as the nearby Berignone forest. A tour then through the narrow streets of the village is absolutely recommended!

Libbiano. From one panorama to another. About fifteen kilometers from Pomarance, we land in Libbiano, a small village nestled on the hill. These are ancient houses that once were part of the outside of a medieval castle. Of this castle today there are some ruins left in the upper part of the plateau. A visit here is also worthwhile for the very pleasant view of the surrounding hills.

But the charm of the villages does not end there. Montecerboli, with its old town, the castle and the church of San Cerbone from the 15th century is another obligatory stop. As well as Serrazzano, which welcomes visitors from two medieval gates, and where you can still admire the remains of the ancient walls.

In Montegemoli, besides enjoying the beauty of the medieval fortification, once the defensive structure of its castle, you can also taste a culinary specialty: the bread of Montegemoli, a typical product of the local tradition. 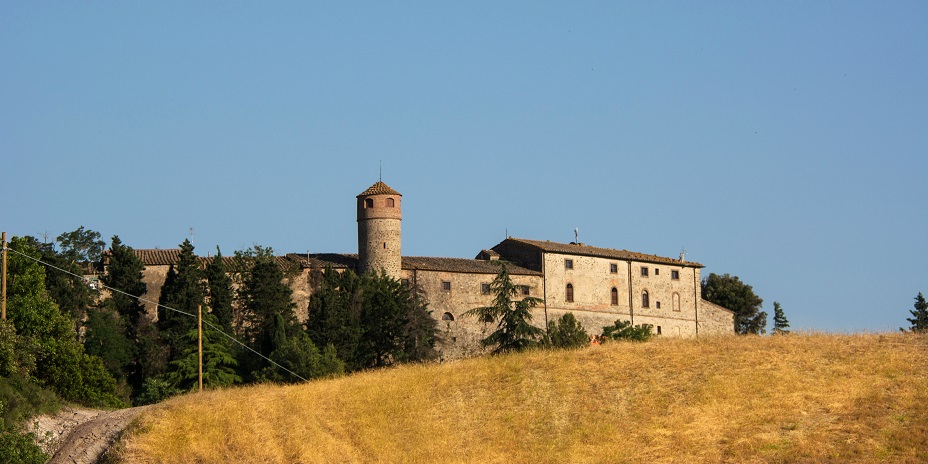 Interesting also a tour in Micciano, a small village that comes to life among the spaces of an ancient castle, of which, however, few traces remain today. Similar history has Lustignano, a place where, in the 12th century, a fortification was built. Still today, you can see some remains of the original walls.

Itinerary in the geothermal area

A truly unique experience the territory of Val di Cecina offers is to witness the natural phenomena given by geothermal activity. It is right here that you can admire the most fascinating manifestations of this type in Italy, thanks to magmatic bodies that come into contact with the aquifer system, giving life to fumaroles and geysers of great suggestion. 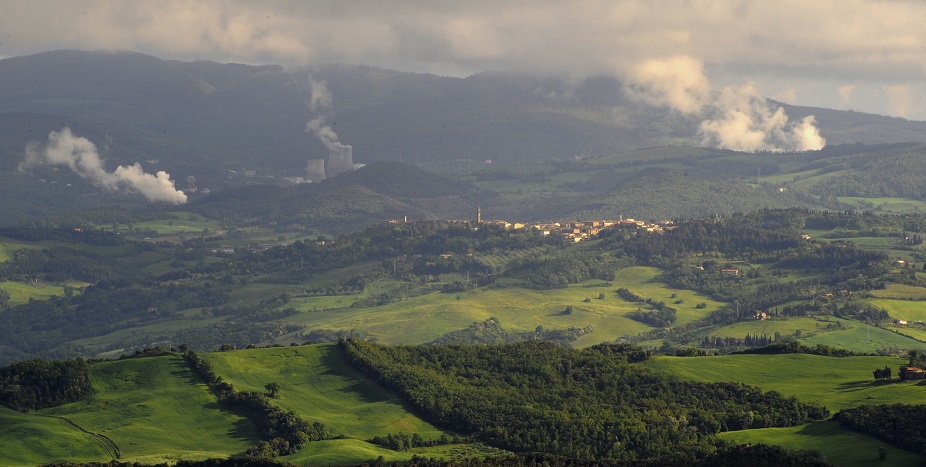 A show that is not limited only to this. The particular composition of this area has in fact determined the presence of a characteristic vegetation, which is expressed in specimens of great beauty. One example above all, the fascinating flowering, in late summer and early autumn, of the brugo, a plant of the heather family.

To enjoy all this, you can take a geothermal route starting from the two main villages in the area. One is Monterotondo, from which you can start the route from the northern part of the town. The other is Sasso Pisano. The itinerary is practicable in some of its sections, walking on a path that makes a round trip between the two villages. 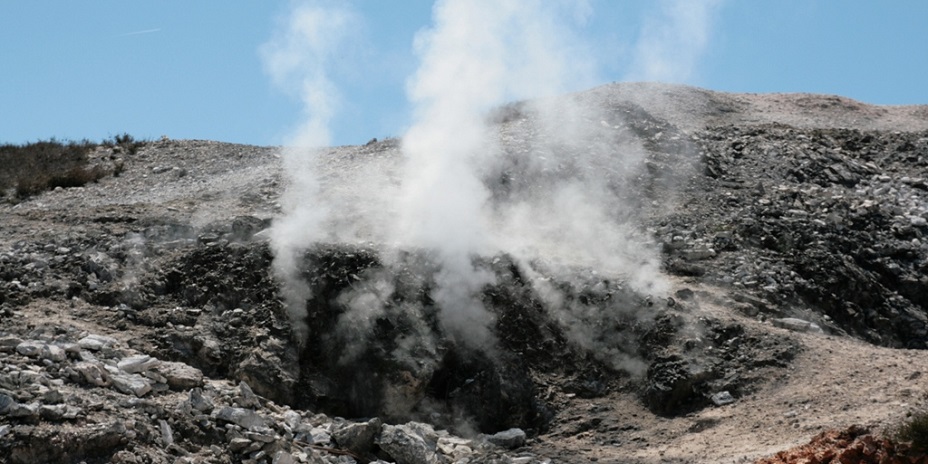 A little further north, instead, we meet the village of Larderello, a small town of 850 inhabitants, which alone produces today 10% of the world's geothermal energy!

In fact, it is here that, for the first time, this source was exploited for the production of energy, back in 1818, thanks to a young engineer from the Grand Duchy of Tuscany! To know all the fascinating aspects of this phenomenon, we suggest you to take a tour at the Geothermal Museum of Larderello!

This is enough to understand the geothermal importance of the area, the so-called "warm heart" of Tuscany. A great energy resource and, thanks to the natural charm of its phenomena, also touristic!

Previous
Page
1
of 3
Next
#Tuscany

A journey through Italy's capitals of culture

Itinerary in Tuscany: traveling between Volterra, San Gimignano and Siena