The 6 most famous historic markets in Italy

Don’t miss these destinations, from north to south, and discover Italy’s most famous historic markets

Markets immediately bring to mind the scents, values and traditions of a place. A city’s history is revealed by its local food products, culture is narrated by the comings and goings of inhabitants, and local life is unveiled over conversations amidst the hustle and bustle. 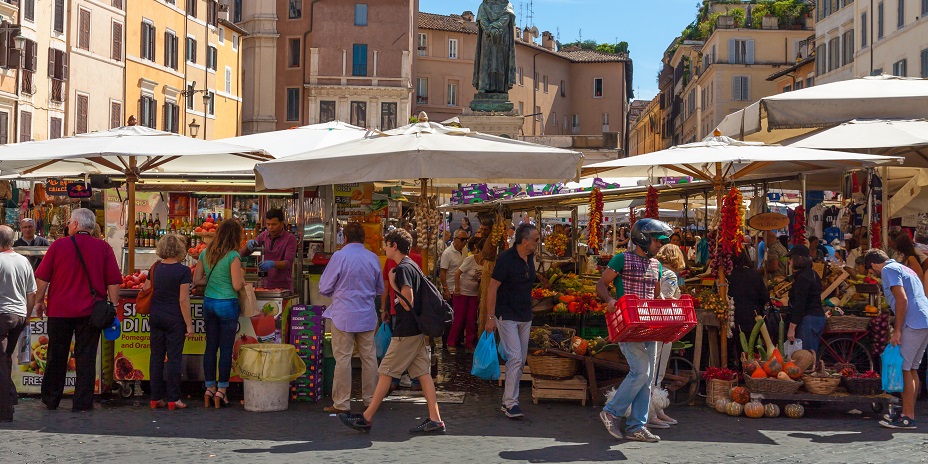 In Rome, Campo de' Fiori is well-known for its happy hour which locals flock to in the evening. What you may not know is that this lovely square has hosted a historic and folkloric market every morning since 1869. Tourists and locals alike love its colorful stands laden with fruit, veggies, meat and fish, as well as dried beans and spices.

Located at the center of the city, Piazza Campo de' Fiori was the site of numerous executions for many centuries. In fact, a statue of Giordano Bruno, an Italian friar and theorist who was burned at the stake here in 1600, scrutinizes the square from his perch. Today, Piazza Campo de' Fiori is a great place to spend some time and buy local products, like fresh lima beans and pecorino cheese, delicious artichokes, or tasty mortadella (it’s called mortazza in Rome), which you can eat as you stroll around the city along with a piece of focaccia.

While in Rome, don’t miss its artisan shops along Via dei Giubbonari and Via dei Baullari.

Discover our farmhouses in the province of Rome and around Lazio!

The most genuine and liveliest side of Naples is found in its neighborhood markets. Among them we’ve chosen the market of Porta Nolana in Piazza Nolana, open every day until 2 pm. Noisy, colorful and vibrant, Porta Nolana is ideal for anyone who loves immersing themselves in local culture.

If you’re looking for unique experience, visit the market on the night between December 23rd and 24th, when locals come out in droves to browse the stands and buy fish for Christmas Eve dinner.

If Porta Nolana leaves you wanting more, there’s another market nearby: Pignasecca.

Discover our farmhouses in the province of Naples and around Campania! 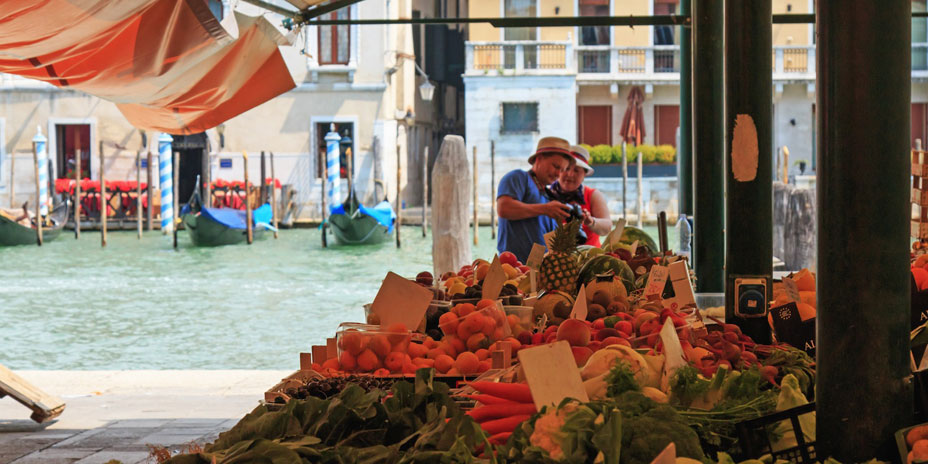 The most famous and oldest market in Venice is the Rialto. It’s held every day, except Sunday, from morning to lunchtime, and is right near the famous bridge of the same name in Campo de le Becarie.

Fascinating for its canals and numerous bacari – typical Venetian osterias - the Rialto market is always packed. Bustling stands overflowing with fruit and veggies, meat and fish, provide a cacophony of sound and color that will leave you with an unforgettable memory of Venice.

If you’re in the neighborhood, buy some purple artichokes from Sant'Erasmo, also called castraure. Named after the lagoon island of Sant'Erasmo, these locally grown artichokes are abundant in spring and considered a true delicacy.

Also, don’t miss the fish! Starting at dawn, fishermen have stands of cuttlefish and other local catches straight from the Adriatic sea.

Discover our agritourisms in the province of Venice and around Veneto!

Mercato Orientale is an extraordinary location for Genoa’s most important market. Once a convent, it was converted in the late 1800s to the place we know today.

This is the most elegant part of the city in Via XX Settembre. At the market you’ll find fruit of all kinds, plus spices, delicious fish, local cheese and authentic Genoese basil. It’s a paradise for the senses!

What about buying something to bring back home? Check out the preboggion, a typical Ligurian herb used to season food.

Discover our agritourism in the province of Genoa and around Liguria! 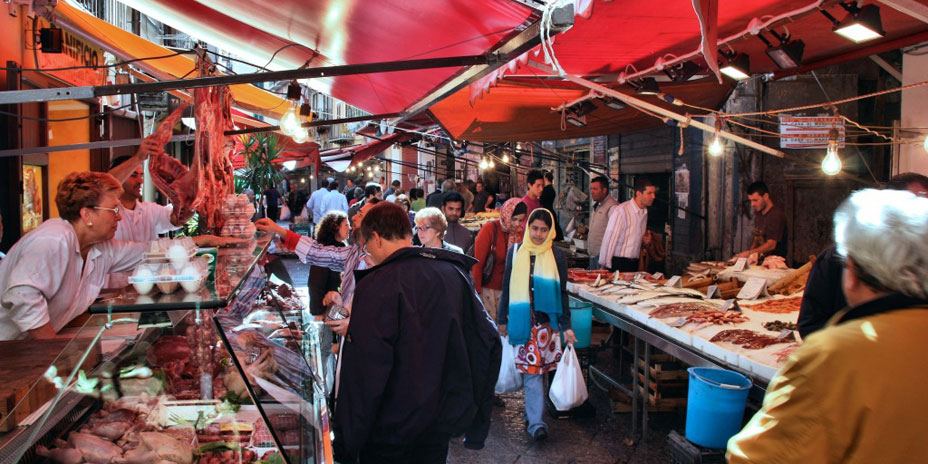 One of Italy’s most famous and historic markets is Ballarò in Palermo. Its located in the center of town between Piazza Casa Professa and the bastions of Corso Tukory.

If you hear shouting amidst the crowded stands, don’t worry! Those are the abbaniate (vendors) trying to attract the attention of passers-by. The vibrant multicultural market is a cornucopia of fresh delicacies, all locally grown and made. Kiosks are ready to serve you delicious take-away and typical dishes, like baked onions, bread and panelle, cazzilli, octopus and quarume.

Discover our agritourism in ht eprovince of Palermo and around Sicily!

Mercato Nuovo is also called the Mercato del Porcellino, thanks to the bronze boar statue found here. There’s a legend about the statue that tourists enjoy: supposedly, in 1640 Pietro Tacca made the boar by recreating a Greek statue in the Uffizi. The locals loved it so much they thought it was a good luck charm! Ever since then, people who pass by stop to caress its golden nose and place a coin on its tongue for good fortune.

Mercato Nuovo is open every day until late afternoon. It’s a great place to buy lovely souvenirs for your friends and family!

Discover our agritourisms in the province of  Florence and around Tuscany!

Italy in June: 10 travel destinations along the country

A trip to Montefeltro: what to see and do

Itinerary in Tuscany: traveling between Volterra, San Gimignano and Siena