Immersed in the Fitness Valley, the agriturismo offers refreshment and relaxation in the prestigious Spa degli Angeli. Possibility of workshops and seminars in the conference centre, massages in the spa 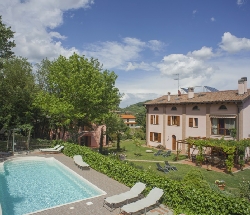 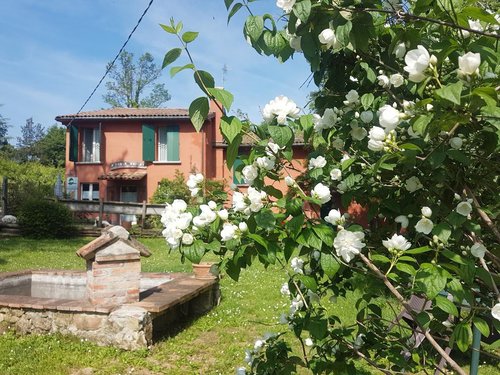 Between Bologna and Florence, it offers rooms with private bathroom and restaurant exactly at the end of the first stage of the Via degli Dei. Hospitality also for those traveling in tents. 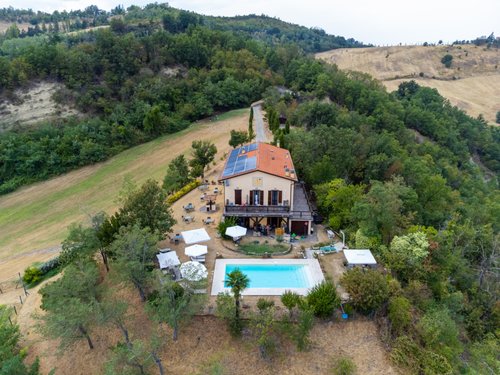 On a 19 hectare farm with woodland, crops and grounds, a green oasis with a range of accommodation. Swimming pool, multi-purpose lounge. Holistic sessions, on-site activities.

On a 70-hectare estate with crops and woodland, in the green hills of the Sammogia Valley, 40 km from Bologna, an opportunity to learn about local nature and wildlife.

Among the hills and gullies of Riosto houses in 5 apartments and 1 cottage, in the green. It has a Jacuzzi, swimming pool, multipurpose field. It organizes wine tastings. 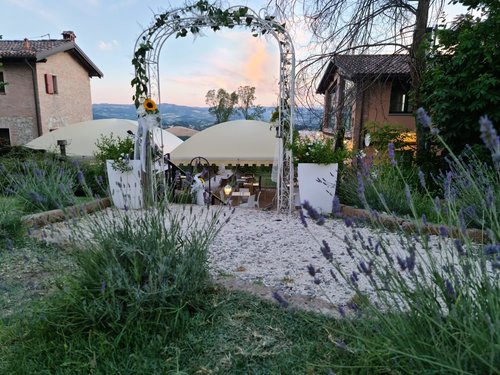 Located in the town of Monte San Pietro, one of the most important "wine cities" in the province of Bologna. It has 2 large rooms with exposed beams. 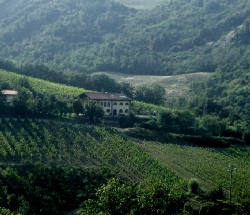 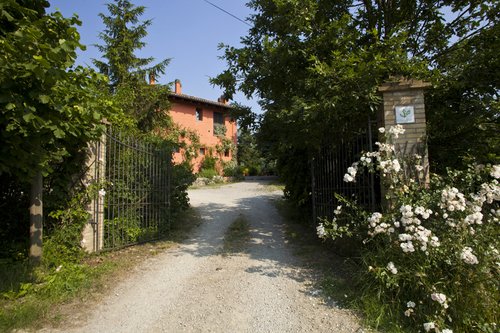 Cozy and comfortable farmhouse with traditional restaurant, offers accommodation in rooms set in a beautiful location with panoramic swimming pool. 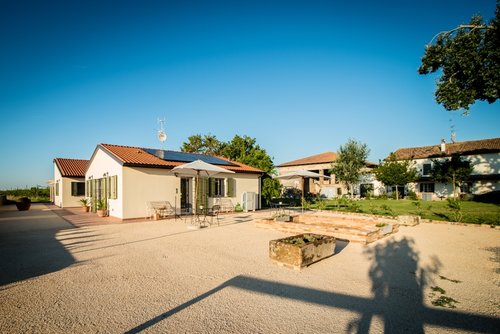 In Cantalupo, in an organic farm, the comfortable lodgings with bathrooms are immersed in the fragrances of aromatic herbs and in the tranquillity of the Imola countryside. 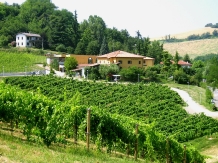 Farmhouse immersed in the greenery of a hill a few minutes by car from Bologna ofers accomodations in rooms. 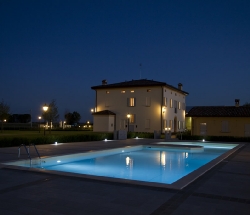 Rooms in an elegant and relaxing environment just a short drive from Emilia’s major centres of Bologna, Modena and Ferrara. 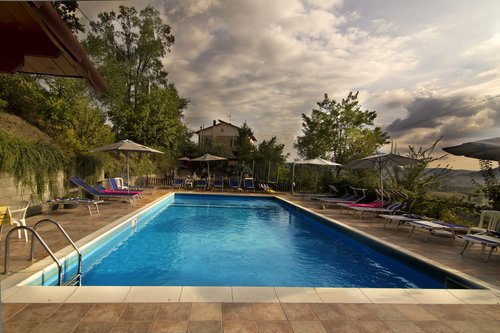 Set in the vineyards overlooking the Serravalle and Fagnano valleys, it is perfect for biking and nature lovers. Offers typical cuisine made using the farm?s own produce.

In the Gessi Bolognesi Park, a Natura 2000 Network site, the agriturismo uses renewable energy and offers traditional cuisine, a fishing lake and archery. 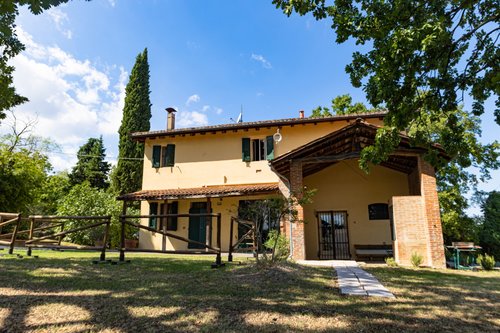 A certified organic agriturismo in the hills, 20 km from Bologna, producing fine wines and rearing ponies and horses with a riding school. Tour the vineyards and wine cellar. 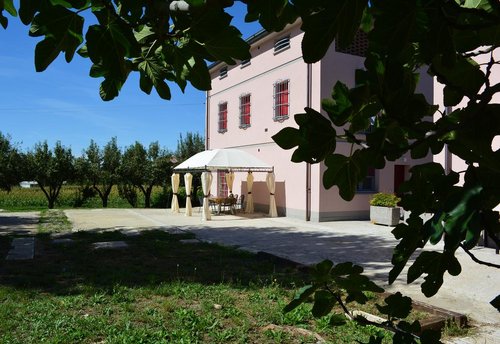 An agriturismo in Monteveglio, between Bologna and Modena, on a farm producing fine wines, with wine cellar tours. Bikes free to use, air conditioned rooms with minibars. 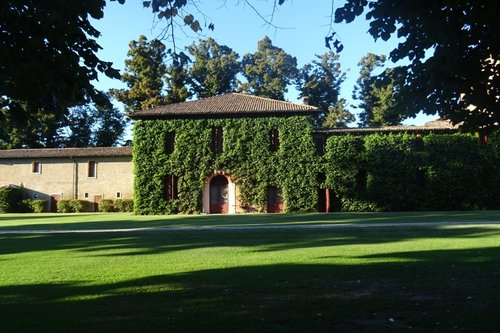 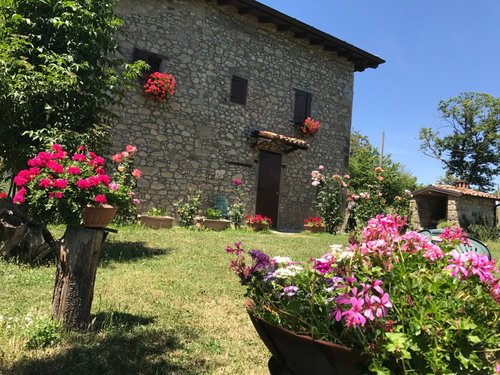 Renovated old stone house on the edge of a centuries-old forest in the Bologna area, for relaxing holidays with breathtaking views. Accommodates in rooms with bathroom. 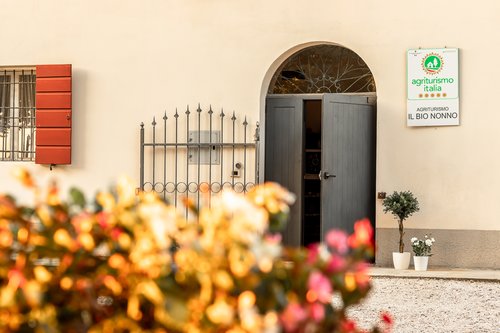 The organic farm is located in the heart of the Po Valley in the middle between the provinces of Modena, Bologna and Ferrara. 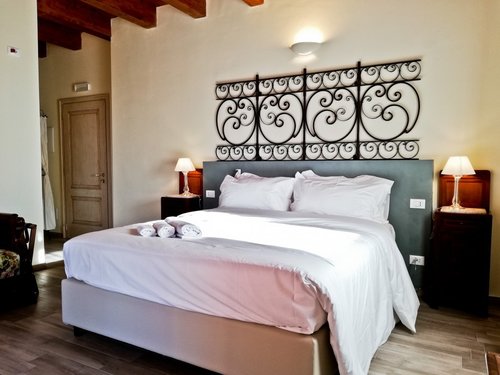 Charming farmhouse in the Bolognese countryside. Born from the restoration of an old stable, it offers hospitality in spacious rooms with private patio, fitness area and park with pond.
(Translated with DeepL Translate) 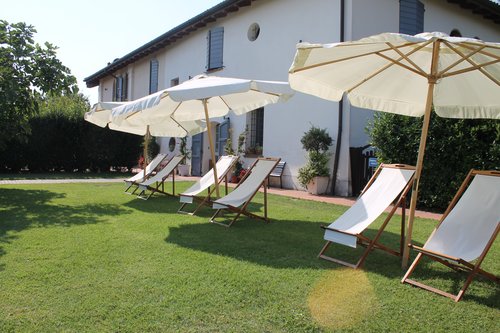 Originality, tranquility, traditional cuisine, family hospitality are together with the short distance that unites us to historic cities, the plus for an unforgettable stay. 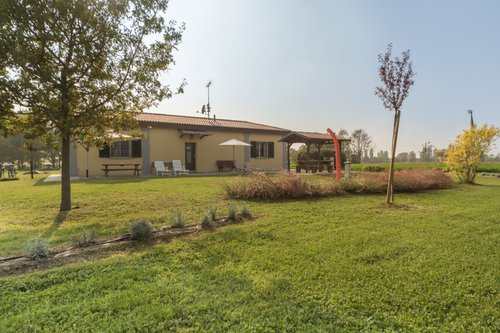 Equipped with all comforts, this small farmhouse is the ideal place to disconnect from daily stress and find a contact with nature and yourself.
(Translated with DeepL Translate) 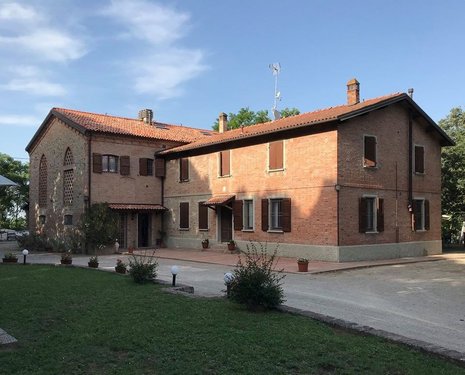 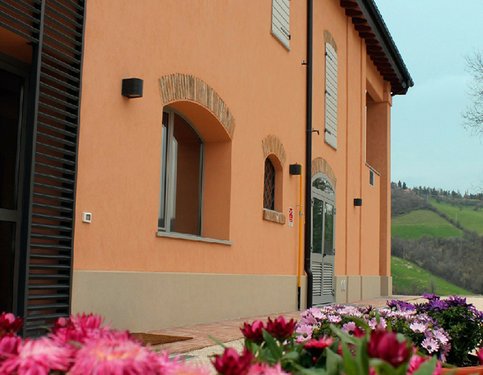 With a view over the hills of Bologna, deep in nature, produces PGI and DOC wine and other traditional products. Traditional, homemade cuisine with wild boar and other game. 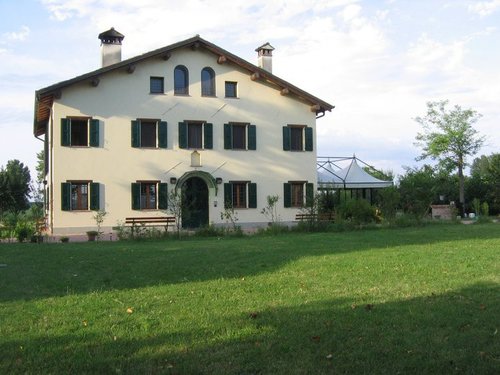 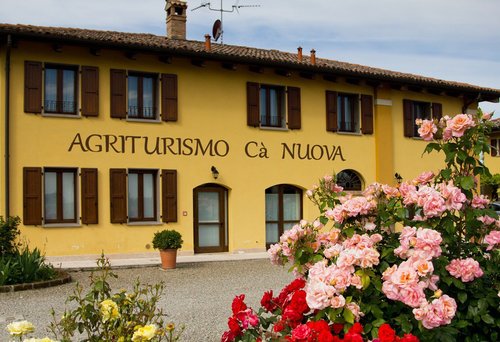 The farmhouse is located in Minerbio, halfway between Bologna and Ferrara, in a country house surrounded by greenery.
(Translated with DeepL Translate)

Bologna: A university city par excellence, where cultural effervescence blends with the culinary traditions of tortellini, bologna, and "tigelle" (traditional bread), and all of this is enveloped by a pulsating, historical, city center and the splendid Piazza Maggiore. But Bologna is just the tip of the iceberg for a province that extends across the hills that overlook it and plains that surround it. From San Luca with its sanctuary in Porretta Terme, to the historical town of Marzabotto and the medieval centers of Crespellano and Savignano sul Panaro. Visit all stopping frequently in the many "trattoria" restaurants that are found along the way.